Associations Between Cannabis Use, Polygenic Liability for Schizophrenia, and Cannabis-related Experiences in a Sample of Cannabis Users. 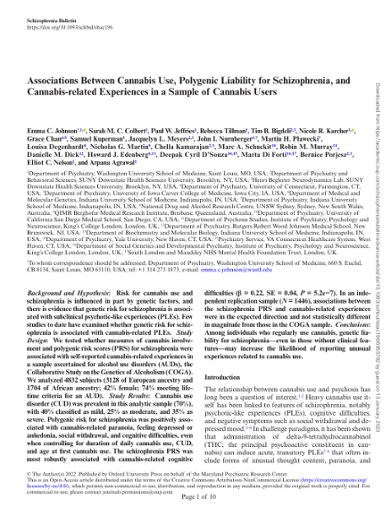 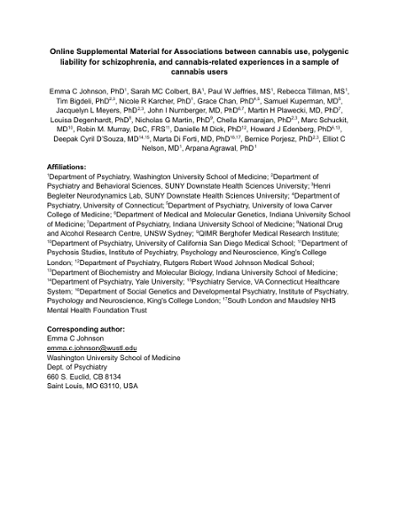 Except where otherwise noted, this item's license is described as © The Author(s) 2022. Published by Oxford University Press on behalf of the Maryland Psychiatric Research Center.